Rome is the third most visited city in Europe

Rome was called the “Eternal City” by the ancient Romans because they believed that no matter what happened in the rest of the world, the city of Rome would always remain standing. With its unparalleled history, Rome is the third most visited city in Europe and the fourteenth worldwide. It attracts visitors from all over the world who are impatient to discover the city’s impressive monuments and archaeological sites; not to mention its renowned cuisine and its lively atmosphere.

The History of Rome

How was Rome founded? How did it become an Empire? What was the role of the Catholic Church throughout Rome’s history? Learn about the fascinating past of this striking city before you travel to Rome.

The exact origins of the city of Rome are still somewhat of a mystery. There are several theories all based on the writings of ancient authors and the archaeological discoveries.

For this reason, the founding of Rome is based mainly on legend and myth, instead of solid facts and figures. The existence of a Roman Kingdom was even questioned during practically two centuries by expert historians. During the nineteenth and twentieth century, they dismissed the idea of the early kings of Rome (Romulus, Numa Pompilius, Tullus Hostilius) as well as the date of the founding of what would later become the capital of Italy, in 753 BC. This part of history was merely considered a legend and not taken seriously.

The State of Vatican City, in the center of Rome, is the smallest state in Europe, both in population and expanse.

Vatican City (Città del Vaticano in Italian) is an independent city state located in the heart of Rome, ruled by the Pope (Bishop of Rome). It is the centre of authority over the Roman Catholic Church.

The Vatican is the smallest state in Europe. It has a total area of 0,44 km² and inside its wall live approximately 1000 people.

In this small state lives the Pope, in the Apostolic palace surrounded by beautiful gardens. The palace is open to the public, but visitors have to book in advance. 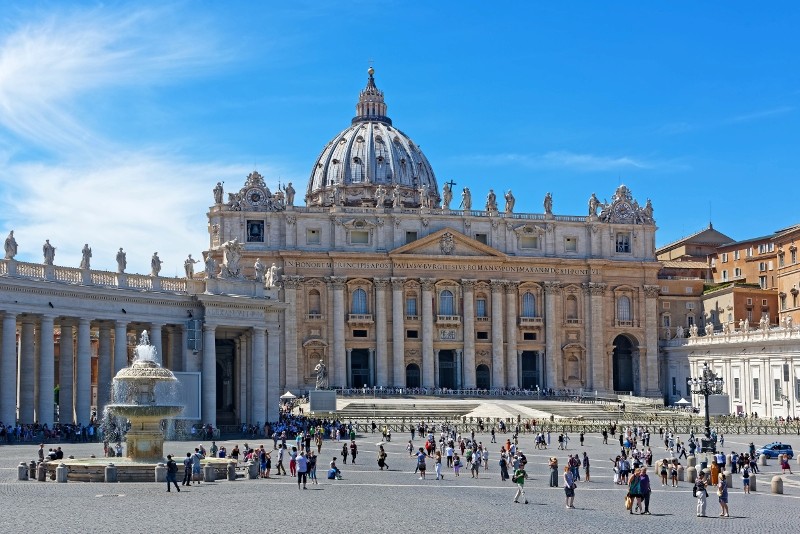 “Rome – the city of visible history, where the past of a whole hemisphere seemoving in funeral procession with strange ancestral images and trophies gathered from afar.”

How to get to Rome

Although it is said that all roads lead to Rome, unless you’re on a Mediterranean cruise or touring Europe by car, the easiest way of getting to Rome is either by plane or train.